Rachael McShane is a singer, cellist, fiddle and viola player based in the North East of England. An original member of folk big band Bellowhead, Rachael toured internationally with them as well as making several TV appearances. Bellowhead recorded five studio albums, and won a total of eight BBC Folk Awards in their 12 years together. Rachael has more recently been singing the role of Susannah Holmes in The Transports alongside The Young’uns, Faustus, Nancy Kerr, Greg Russell and Matthew Crampton.

“You’re in the presence of something very special…what a voice”- Sid Smith, BBC Music

Support is provided by Candi’s Dog 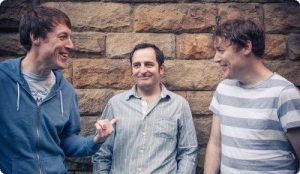 Tyneside trio Candi’s Dog are at the very top of their unique Folk­Pop game with crisp, upbeat melodies and warming harmonies generously supplying a comforting air of familiarity whilst simultaneously providing a fresh take on the FolkPop genre. With crystal­clear tones combined with bucket loads of untouchable sincerity, the resulting mash­up is akin to the likes of Bright Eyes and Fleetwood Mac along with the lyrical qualities of Ed Sheeran and Bob Dylan.

In person at The Ropewalk

Maltkiln Road, Barton upon Humber, DN18 5JT, which is open Monday to Saturday, 10am – 5pm, and Sunday and Bank Holidays, 10am to 4pm. There is no additional charge for cash and card transactions in person.

Please pay by credit or debit card. An additional charge of £2 is applied to cover customer not present transaction cost and postage.

Please note: No advance tickets are on sale for Film Nights. If you want to make sure of a seat, please come early.